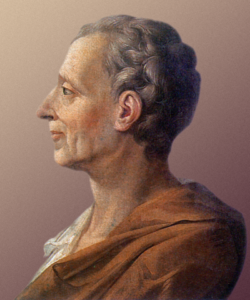 In Dutch administrative law, a familiar view entails that the administrative court should not ‘occupy the chair of the executive’. By virtue of its powers, the government would have a ‘discretionary latitude of decision’ in which it is only under democratic control; insofar as it is not a matter of a ‘criminal charge’ there is only space for judicial review beyond the ‘edges’ of the administrative domain. In literature the ‘marginal test’ encounters increasing criticism. Many advocate that the Dutch administrative review of proportionality should align itself to EU law and German law, in which judicial control on proportional weighing of interests has a broader significance. The ever ongoing ‘withdrawal of the legislature’ would require a more sophisticated and nuanced approach whereby the judge can intensify his review in cases in which there is no punitive decision, but nonetheless a breach of important interests or fundamental rights. In addition to the literature, the courts are tending towards a broader review of proportionality. Apart from the question whether there was a ‘criminal charge’, the Administrative Law Division recently ended the so-called ‘alcolock programme’; upon application of that regulation it considered a proportionate weighing of interests ‘insufficiently guaranteed’ (ABRvS 4 maart 2015, AB 2015).

The practice of ‘marginal review’ is closely related to the notion of law and policy as separate domains and the trias politica as a separation of powers. A ‘gouvernement des juges’ thereby often serves as a sceptre, whereby the legal meaning of the proportionality principle has been stretched in such a way that it is not the democratically elected legislature and the executive, but the judges who determine the course of politics. Proponents of a broader judicial review of proportionality argue that the sharp boundaries between law and policy are lacking and generally understand the trias as a system in which the legislature, executive and judiciary are inextricably entangled in an interior equilibrium. In this view there is not the fear for a ‘gouvernement des juges’, but for a system in which the executive is allowed free reign and the interests of individual persons are too oppressed. At a time when the law as normative regulatory framework is significantly eroding and the executive often operates on the basis of ‘open’ powers that fear is more justified than ever before. Therefore there is an increase of those in favour of a ‘trias politica 2.0’ that does justice to such developments. Such a novelty, however, is unnecessary. A return to the original spirit of Montesquieu’s separation of powers doctrine is sufficient.

A lot of misunderstandings remain about the meaning of that doctrine. Take Corstens who, in a recent speech, looks back disapprovingly on the period in which ‘the judge according to the principles of Montesquieu’ would only be the ‘bouche de la loi’; the mouthpiece of the law’. By now, according to Corstens, ‘we know better’ and realize that ‘there is also a head attached to that mouth’. Meanwhile it has been repeatedly demonstrated that such interpretations of Montesquieu’s theory are based on a persistent myth. Schönfeld, for example, argues that Montesquieu’s image of judges as ‘bouches de la loi’ does not refer to a mechanic application of the law, but rather emphasizes that the judge, in relation to the legislative and executive powers, performs an independent task (Schönfeld, Montesquieu en ‘la bouche de la loi’ (diss. Leiden), Leiden: New Rhine Publishers 1979). Schönfeld’s analysis has been placed in a broader context by authors such as Witteveen and Foqué. In Montesquieu’s view, positive law is necessarily embedded within relations controlled by equity (‘rapports d’équité’) as a fundamental principle that precedes positive law. Thus, Montesquieu clearly opposes the voluntarist and imperativist conception of the law that characterizes the ancien regime and proposes a ‘relational’ view of the law in its place. The idea of essential intersubjectivity also translates itself into Montesquieu’s idea of a trias politica. In spite of the hitherto prevailing monistic concept of sovereignty, that reduces all authority to a central point, he assumes a system in which the omnipotence is distributed among different equal actors who are mutually engaged in a precarious balance. Only a constitution in which ‘par la disposition des choses, le pouvoir arrête le pouvoir’ can prevent this balance from being disturbed.

Thus, the concept of ‘marginal review’ is in no way related to Montesquieu’s original doctrine; instead it rests on the distorted reception and philosophical combatting of his ideas in later periods. Kant and Rousseau, for example, considered Montesquieu’s idea of a shared sovereignty as a direct threat to the equal liberty of citizens, which could only flourish when the legislature holds undivided sovereignty. Additionally, Montesquieu’s original doctrine on the separation of powers was opposed by philosophers such as Hegel, who considered the state as an ‘ethical whole’ that would disintegrate as soon as it would be controlled by the abstract reasoning of unworldly judges. Legal protection against the government would fall within the hierarchy of the executive itself, that would be permeated with the moral awareness that is required for that purpose. The doctrine of ‘marginal review’ is based on similar allegations against a pluralistic concept of sovereignty. In a classic essay, Van Wijk argues that the ‘ongoing withdrawal’ of the almighty legislator does not ask for an ‘advancing judge’, but rather a judge who does departs ‘as the mirror image must depart from the person who moves away from the mirror’. The administrative judge would not be a referee, but only a linesman; all he can do is to judge beyond the ‘hem of the free consent of the executive’. From their eccentric position judges would also not be able to control the executive. The lacuna left by the legislature could better be filled by the executive itself, which, other than judges, does not have to ground its decisions on alienating legal abstractions (van Wijk, ‘Voortgaande terugtred’, in Besturen met recht, Den Haag 1974, p. 99-115 (= Voortgaande terugtred (oratie Amsterdam VU), Alphen aan den Rijn: Samsom 1959).

In a modern state under the rule of law, the sovereign position of the legislature no longer speaks for itself. According to the generally accepted view, after all, the legislature is also bound by principles that precede its orders. In addition, the idea of the state as an ‘ethical whole’ has lost its persuasiveness; that idea is at odds with contemporary notions of pluralism and diversity. In a modern democracy, the collective identity of a legal community is not a mystical idea, but principally elusive. Thus, the realm of the law is essentially an ‘empty space’ which can only be filled by continuous debate ( Lefort, ‘L’image du corps et le totalitarisme’, in: L’invention démocratique, Parijs: Éditions du Seuil 1981, p. 159-176). A strict separation of powers, where each of the actors only deals with its own field, makes such a debate impossible. Therefore a theory of the rule of law is needed which takes Montesquieu’s philosophical spirit of essential relations and mutual balance as an example. There is definitely no place for an executive ‘free consent’ as ‘legal vacuum’, certainly not at a time in which the legislature grants ever-expanding powers to the executive. The solution lies in a system of ‘le pouvoir arrête le pouvoir’ which does not weaken the unity of the legal community, but rather strengthens it. The realm of the law is, in Montesquieu’s view, not self-evidently ‘ethically filled’ nor permanently ‘empty’. Instead Montesquieu assumes a shared sovereignty between legislature, executive and judiciary where each of the actors has its own task, but also invites a constant dialogue among the actors. In this way, Montesquieu’s original doctrine is a true ‘trias politica 2.0’ that provides for an urgent current need.