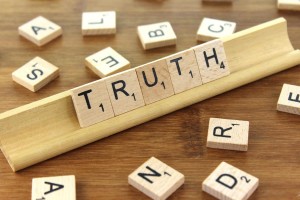 Former UN High Commissioner for Human Rights, Louise Arbour, defined social justice as the ‘minimum legal standards guaranteeing substantive equality (as reflected in international human rights instruments prohibiting discrimination and protecting economic, social and cultural rights) in the fulfilment of the idea of freedom from want’. Others have defined it in terms of redistribution and recognition. It has become the conceptual umbrella term for loosely grouped-together concepts such as past violations of economic, social and cultural rights, the socio-economic root causes of violence, marginalisation, structural violence, or socio-economic concerns of the future. In the aftermath of serious conflict or human rights violations, social justice concerns are very often prioritised by victims but not by the institutional responses created to address the past. Nevertheless, scholars have noted that truth commission mandates, processes, and outcomes are especially well suited to provide the necessary space and flexibility to address social justice concerns. But have truth commissions ever really been able to deliver on social justice promises? Or do they, like many other post-conflict processes, fall short of grand expectations?

When looking at truth commission structures and how they can contribute (or have contributed) to social justice, it is important to look first at their mandates. A truth commission’s mandate sets out its goals and objectives, designates the violations and time period under investigation, and specifies a timeframe for completion of work. Often, the mandate also specifies the acts that the commission may investigate. As such, as noted by Bakiner, ‘a truth commission is simultaneously enabled and constrained by its mandate’. The situation prompting the creation of the truth commission, the resources available to it, the functioning of the government, and the political climate will all play a role in shaping the mandate and its goals and objectives. Having the proper mandate is key for truth commissions to be able to explore social justice issues and the broader contours of the conflict.

Adopting a mandate where human rights violations are not narrowly defined, provides a commission with the power and responsibility to investigate a broad set of human rights violations beyond traditional violations of civil and political rights. A broader mandate may also empower the commission to examine root causes of the conflict, allowing them to look at issues of marginalisation, poverty, and/or corruption. However, a drawback to having too broad a mandate is that truth commission staff are, due to resource or other constraints, usually unable to investigate all violations and therefore must prioritise. Very often, when this happens, traditional violations get prioritised over socio-economic rights violations, structural inequalities, or corruption. This prioritisation takes place at all truth commissions. It reflects not only the pragmatic importance of priority setting but also the importance of providing adequate resources for a truth commission’s overall structure and how it operates.

In addition to its mandate, a truth commission’s process, whereby affected individuals can air grievances that touch on social justice concerns, is important. Unlike criminal trials, truth commissions can generally provide flexible, inclusive participatory processes. The extent to which victims and victim communities participate will factor into whether socio-economic harms and socio-economic concerns will get taken up by a commission. If done successfully, victims can emphasise their socio-economic complaints, detailing their harms suffered and what they may want to see happen in the future. Evens argues that truth commissions can be well placed to hear about and document these individual accounts as well as provide a sequence of collective narratives to paint a clearer picture of societal injustices experienced by a community, such as land inequalities or wider patterns of discrimination.

Often, the sheer number of victim statements taken sheds light on the inclusive participatory processes adopted. In contrast with the Commission of Truth and Friendship between Indonesia and East Timor, which interviewed 85 people and took written statements from 62 witnesses, the findings of the South African truth commission were based on more than 20,300 interviews and statements taken from victims and survivors. In some situations, however, even this type of participation (statement taking) could be viewed as ‘empty ritual’ in that if nothing is done with the statements it could largely go towards maintaining the status quo. Tellingly, truth commissions rarely move into the more empowerment types of participation (such as decision-making concerning how interviews take place or concrete reparation recommendations), usually remaining more non-dispositive. To address this, there must be meaningful inclusion in the early phases, to give a voice to victim needs and concerns and provide some sort of decision-making, such as determining the best methods for reaching communities, taking statements or understanding the statements in a given situation.

Have truth commissions been able to shed light on important social justice issues and have they contributed to struggles for greater social justice? The answer to these questions is yes, modestly. There have been positive steps taken to recognise social justice within truth commission structures, processes, and outcomes. Truth commissions can contribute to social justice discourse by including economic, social, and cultural rights within their remits and by investigating root causes of conflict, structural inequality, and marginalisation. They can prioritise the social justice needs and concerns of victims in their reports. They can ensure that victims have a strong and recognisable voice when participating. They can identify appropriate (and permanent) forums to tackle social justice-related issues. In their final reports, these commissions can make specific recommendations for establishing permanent bodies to facilitate change or drafting national strategies aimed at specific social justice concerns. Their reports should not necessarily be seen as conclusive but should rather be seen as a first step in opening up spaces for new narratives and further investigations.

Overall, however, truth commissions have only included social justice aims to the extent that they could be easily adapted to do so. There are inherent weaknesses in truth commission processes. One of them is the fact that they are meant to be temporary institutions or processes. Their lifespans rarely extend more than a few years. As a result, their recommendations can be easily ignored by politicians with little repercussion. Accordingly, truth commissions should not be expected to directly reduce structural inequality or poverty levels. They are simply not equipped to do so, particularly because of the highly fragmented and politically tense environments in which they operate. To see truth commissions as a real means to deliver on the promise of social justice amounts to what Allen describes as ‘wishful thinking (or at least, not very thoughtful wishing)’. Modesty is in order. As such, to address socio-economic issues, structural violence, social justice more generally, a diverse range of actors and processes are required, including – but stretching far beyond – truth commissions. Other tools and processes specifically designed to address poverty, inequality, and corruption, such as development programs, are far better positioned, usually because they are linked with more permanent state structures.