The Big Bang in EU Law, Promises and Empirical Reality 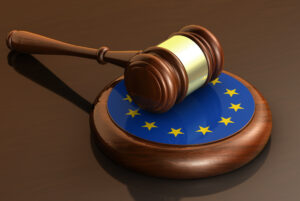 Who knows the European Court of Justice’s (ECJ) Van Gend & Loos judgment? Silly question, of course. The judgment has become famous for introducing the direct effect of EU law, allowing individuals to rely directly on EU law provisions against Member States and, sometimes, even against other individuals. But who can tell what the direct effect of EU law meant concretely for the outcome of the case instituted by the most famous transport company in EU law? That question is answered in this blog. In order to illustrate that individuals’ reliance on the direct effect of EU law does not always produce the result desired by them, I also discuss the follow-up of the ECJ’s Kraaijeveld judgment. However, those two cases provide merely anecdotal evidence for answering the question to what extent directly effective EU law rights have actually made a practical difference in the lives of individuals. I point out that there is a dearth of empirical data necessary for beginning to answer that question and sketch my ideas for addressing this question in future research.

The big bang in EU law
Ask any EU lawyer which judgment is the most representative of the big bang in this area of law and I wager that virtually each response will mention the Van Gend & Loos judgment. From a substantive legal point of view, the facts of the case do not immediately appear to indicate such an important legal development: a dispute before the Dutch Tariefcommissie (an administrative court hearing revenue disputes) concerning the increase of an import duty for the substance ureaformaldehyde (a chemical substance intended for, among others, the conservation of corpses) from 3% to 8%. But the Tariefcommissie needed to know whether the standstill clause concerning customs duties, provided for in the (then) Treaty establishing the European Economic Community (the EEC Treaty, the successor of which is constituted by the Treaty on the EU and the Treaty on the Functioning of the EU (TFEU)), has direct effect within the Member States. In other words, ‘(…) whether nationals of such a State can (…) lay claim to individual rights which the courts must protect’. It asked its interlocutor, the ECJ, to provide an authoritative ruling on this matter by means of a preliminary ruling (see Article 267 TFEU).

The ECJ proclaimed that the relevant provision of EU law had direct effect – even though this contradicted the position of the intervening states in the proceedings. The reasoning behind this conclusion is interesting for numerous reasons, but I wish to highlight one particular, yet crucial, aspect, namely the position which individuals occupy therein. Individuals (which can be either natural or legal persons) take centre stage in the relevant part of the judgment where the ECJ declares that EU law is intended to confer upon them rights that become part of their legal heritage. Arguably, with the introduction of novel areas such as EU citizenship law and the Charter of Fundamental Rights of the EU, the promise of the direct effect of EU law to individuals has only augmented.

Putting into practice the promise of direct effect
Reflecting on the Van Gend & Loos judgment, Bruno de Witte observes that the establishment of direct effect has certainly helped to put the individual at the heart of EU law (or: to make them the ‘direct beneficiaries’ of that law). However, to this he adds that it is not easy to determine the practical difference that this remedy has made in the life of the individuals referred to in the judgment. Without prejudice to the cardinal role of the ECJ in establishing and developing the direct effect of EU law, it is important to note that it is only possible to examine the remedy’s impact in individuals’ lives by looking at national court judgments applying EU law. For the protection of their EU law rights, individuals depend, by and large, on the national courts and the remedy of direct effect is meant to enable individuals to invoke EU law before those national courts.

This can be exemplified by the Van Gend & Loos judgment itself. After the ECJ’s preliminary ruling, the case returned to the Tariefcommissie which had been requested to adopt a decision on the objection lodged by the undertaking Van Gend & Loos against the duty imposed upon it, and in particular its complaint based on the EEC Treaty. This is where it is determined to what extent its reliance on direct effect makes a difference for the undertaking. Yet, virtually none of the lawyers referred to at the beginning of this blog, are likely to be able to explain what happened after the ECJ gave its ruling. This is not surprising since the judgment’s relevance for the larger legal community is the ECJ’s considerations regarding direct effect and the nature of the EU legal order. Nevertheless, it is somewhat remarkable that it is largely unknown how things turned out for the individual concerned after the ECJ’s judgment – which was celebrated for putting individuals at the heart of EU law. Although it would be necessary to collect information from the parties to the proceedings to be sure, it is known that Van Gend & Loos and the Netherlands Inland Revenue Administration came to an agreement and the appeal before the Tariefcommissie was dropped after the ECJ’s judgment. Moreover, the judgment contained a ruling on the interpretation of the standstill clause favourable to Van Gend & Loos. It is therefore rather likely that Van Gend & Loos obtained exactly what it desired when it directly invoked the EEC Treaty.

But the chronicles of EU law are not only filled with such success stories. Another well-known ECJ judgment originating from questions posed by a Dutch court, on this occasion the Raad van State (Council of State), is the ruling in Kraaijeveld. In that case, the construction of a dyke had been approved which would be ruinous to the contracting firm of the Kraaijeveld brothers as it would cut them off from any navigable waterways. As such, they searched for a legal cure to stop the dyke’s construction. The Kraaijeveld brothers learned that no environmental impact assessment had been carried out for the project, and believed that the Dutch rules setting out the requirements for doing so were incompatible with the Environmental Impact Assessment Directive (EIA Directive), where it is provided that projects likely to have significant effects on the environment shall be subject to such an assessment. The Raad van State asked the ECJ whether the latter provision has direct effect. The answer to the preliminary question was that the relevant requirement in the EIA Directive conferred upon the Kraaijeveld brothers rights which they could invoke before the national court. However, in the Raad van State’s final judgment (ECLI:NL:RVS:1997:AN5528), it found that the thresholds for carrying out an environmental impact assessment, stipulated in the relevant Dutch legislation, are compatible with the EIA Directive. Hence, while they could directly invoke EU law, the Kraaijeveld brothers lost their case.

The necessity of empirical data
While it shows that reliance on the direct effect of EU law sometimes does, and sometimes does not, bring about the result strived for by the individual, if taken separately, the above two examples from national case law are no more than anecdotal evidence for answering the question as to what extent this remedy has made a practical difference in the lives of individuals. To answer that question, it is necessary to systematically collect information from national case law applying the remedy of direct effect and determine what difference individuals’ reliance on this remedy has made. This kind of research can offer at least two valuable insights. In the first place, provided that a sufficiently representative number of judicial decisions are included, the collected data would offer a reliable indication of the percentage of cases in which direct effect delivered the result desired by the individuals. Secondly, the group of cases in which the intended result was not achieved could be further analysed in order to categorise the reasons for the disappointing outcome. In the Kraaijeveld judgment, the Raad van State concluded that the applicable Dutch legislation was not incompatible with the EIA Directive – as further interpreted by the ECJ – thus leaving the Kraaijeveld brothers empty-handed. But a large number of potential reasons can be distinguished here. For example: national procedural rules (e.g. rules on evidence, standing, time limits, etc.) that stand between individuals’ EU law rights and the successful enforcement thereof. Another example concerns the situation in which – after EU law rights were invoked by means of direct effect – the involved administrative authority is forced to adopt a new decision of which the final outcome is, however, highly uncertain. And a final example occurs where the directly effective EU law provision stipulates more onerous requirements for national decision-making but the national court concludes that the facts of the case are such that the challenged decision meets the additional requirements as well.

In general, EU law appears to be an area of law that is underrepresented in empirically-based legal studies. Moreover, the empirical legal research that does exist in this area of law has not so far examined national case law and the extent to which the promise of direct effect has been put into (legal) practice. I argue that it is important that a better understanding is acquired of what the remedy of direct effect has meant for the daily lives of individuals. Almost sixty years after the ground-breaking judgment in Van Gend & Loos, it is about time to test the empirical reality of the promise made by EU law to the individuals that were put on the stage by the ECJ.