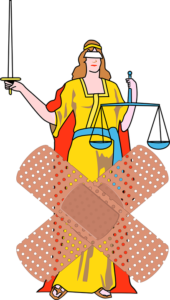 A few weeks ago, a journalist announced on VGNyhetter, a major Norwergian news website, that 19 Norwegian judges have heard cases in which insurance companies were parties, while the judges had shares in these insurance companies. The journalists Frank Haugsbø and Geir Olsenen have skilfully embroidered their story, including stories from the parties who lost those cases. Those parties now, of course, say that they could have saved a lot of money and effort, or that they would have challenged the judges if they would have known. The question is whether they would have received a different judgement then.

It is of course strange. Norway is a paragon of the rule of law and transparency. When reading the reports of Transparency International about the judicial system in Norway, one must conclude that they have hardly been able to find any flaw. I was surprised when I read the news. Together with Mirjam Westenberg I am writing a book about quality assurance in the administration of justice (www.justizforchung.ch), amongst others in Norway. Nothing is perfect, but we thought those Norwegians were almost there.

It appears from a later news report that one of those judges, Stensrud, was not aware that he had done anything wrong. “I have 1244 shares in a company that has 500 million shares outstanding. It is just like putting money in the bank,” said the judge.

Is it really a problem? Judges have a decent income, so it is not strange that they also save and invest money, although the investments will usually be modest. From a distance you could think, well, that does not actually affect the impartiality of such a judge? And still. There are people in the Netherlands and abroad who – for whatever reason – have had it with authorities. The slightest secrecy, lack of transparency or uncovered error causes strong reactions on social media and on news websites – there conspiracy theories are the new normal. In Norway judges have to report their interests and additional positions. The more transparency, the more confidence, that is the idea. Therefore, it is also not bad that the public eye can see those additional positions and possessions.

In Norway there is a public shareholders’ register. This allowed journalist Haugsbø to identify the judge-shareholders. In the Netherlands such a register still does not exist and judges only have to report their additional positions. So the Netherlands is not yet as transparent as Norway when it comes to shareholders and the judiciary. We also do not know whether all judges have reported their additional positions. Is that really a problem?

It is unlikely that judges with shares administer judgements differently than judges without shares. But the question whether judges who have reported their interests or additional positions administer judgements differently than judges who have not done so, is an interesting one. In the Netherlands that question is barely researchable, in Norway it is at least possible for the share ownership of judges. Is that really a problem?

At least it shows that the norm that judges should also avoid any appearance of partiality, is not absolutely enforceable. Not by the court management, because often they also cannot know what a judge is doing outside of court and what he owns. And also not by the parties, firstly because in the Netherlands they usually do not know in advance who will deal with their case and secondly, because parties and their lawyers can also not know what judges own outside of the courtroom. Is that really a problem?

In the Netherlands we must rely on the honesty of judges in respect of their assets to judge impartially in a case and to avoid the appearance of partiality. That is, as it now stand, mainly a matter of professional ethics. That is not only your conscience as a judge, but it is also the conversation with your colleagues. Not everyone has to listen when you test your opinion about what is professional in your situation to the opinion of your colleague. Is that really a problem?