The Urgenda judgement: legislature and government under intensive judicial supervision 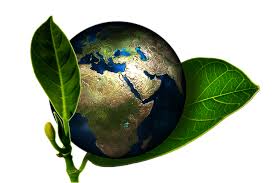 Writing something about the Urgenda judgement (Rechtbank Den Haag 24 June 2015, ECLI:NL:RBDHA:2015:7145) might seem abundant at this point. After all, a lot of literature about the judgement has already been published. Is the judgement really so special? That can, with good reason, not be denied.

For the time being – the core reasoning of – the Urgenda judgement has not been repeated in the case law and it appears only to be relevant for international provisions in which a concrete (expressed in percentages) standard is included. Reference may be had to the judgement of the court of The Hague of 9 November 2015 (ECLI:NL:RBDHA:2015:12746). This civil case against the State is filed by the Youth Smoking Prevention Foundation. The court decision is in line with the smoking ban ruling by the Supreme Court of 10 October 2014 (ECLI:NL:HR:2014:2928). The judgment of the court of The Hague of 9 November 2015 concerns article 5, third paragraph of the Framework Convention of the World Health Organisation (the WHO Framework Convention) which states the following: ‘In setting and implementing their public health policies with respect to tobacco control, Parties shall act to protect these policies from commercial and other vested interests of the tobacco industry in accordance with national law.’

The aim of the Youth Smoking Prevention Foundation in the procedure is to order the State to, on the ground of the standard in article 5, third paragraph of the WHO Framework Convention, take measures to further reduce the interference of the tobacco industry. After the court found that article 5, third paragraph of the WHO Framework Convention is not binding on all persons as provided in articles 93 and 94 of the Dutch Constitution, the court looked into the consequential effect. The court ruled that there was no reason for applying the consequential effect as advocated for by the Foundation with reference to the Urgenda judgment. In the opinion of the court the case is different from the Urgenda case because in the latter case ‘a concrete (expressed in percentages) standard for reducing greenhouse gas emissions deemed necessary by climate science and the international climate policy for industrialised countries like the Netherlands in order to avoid dangerous climate change, has been guiding for the decision of the court that the standard of due care observed in society was breached. Such a concrete standard is precisely what is lacking in article 5, third paragraph of the WHO Framework Convention.’

The government has remarked the following about the Urgenda judgment, as expressed by State Secretary Mansveld: ‘Nationally, the House of Representatives and the government must take the initiative to formulate the climate policy. That is logical, because the debate should be held where the policy should be carried out.  That is here, in the political arena. The judgment in the case brought by Urgenda shifts this debate to the courtroom. The question is whether the court has stepped into the shoes of the parliament and government. Partly for that reason, the government has decided to have the judgement reviewed by a higher court on four points. These are: the duty of care, the discretion of the State, the causal relationship between emissions in the Netherlands and the hazards that arise from climate change, and the finding and interpretation of the facts.’ (Handelingen Tweede Kamer 2015/2016, 6, item 4, 6417-6418 en vergelijk Kamerstukken II 2014-2015, 32813, 103).

From this quotation it follows that the government following the Urgenda judgement is concerned, amongst others, about the possible precedent effect of the judgement. The concern is in particular that the order to reduce infringes the discretionary power of the State and that such an order was motivated by the above mentioned consequential effect of international provisions which are not binding on all persons as provided in articles 93 and 94 of the Dutch Constitution. Voermans also made this point in the Volkskrant of the 28th of August, 2015. He considers it undesirable that a duty of care for the State – derived from international law – turns into a legally enforceable claim for a citizen. In this respect het cites the example of the agreements that the Dutch State has made in respect to the European Stability and Growth Pact 1997. These agreements set a requirement that the Dutch budget deficit may not exceed 3 percent and the national debt may not exceed 60 percent of the gross domestic product. In 2013 and 2014 the budget deficit was greater than 3 percent and for more than five years already the Dutch national debt exceeds 60 percent of the gross domestic product. ‘Should citizens’, commented Voermans, ‘or an association be allowed to subject to a periodic penalty payment compel Minister of Finance Dijsselbloem to achieve those objectives, because the interested parties find that more important than all the other aspects of policy? Of course not.’

The issues discussed above raises the question whether, due to the Urgenda judgement, the legislature and the government are subject to increased judicial supervision. This seems to me to be beyond dispute. An important question is whether this is desirable. There will, in my estimation, never be unanimity on the answer to this question, since it touches upon the relatively old debate about whether the judge may act on issues that traditionally belong to the legislature and government. A common argument in this discussion is that the competence of the judiciary may not extend to political choices, as the Dutch judge is not elected by the people and therefore has no democratic and political legitimacy. It is remarkable to me that this argument is still put forward in the discussion, at least without any of the following nuances. The reader may be aware that Martens, in his farewell speech as president of the Supreme Court, has pointed out that the claim that the court has no democratic legitimacy is meaningless. ‘Sure’, so he stated, ‘the legitimacy of the judge does not lie in the fact that he has been elected. But the foundation of our political system is no solely representative democracy, but also and above all the rule of law: the Netherlands is a state under the rule of law. A state under the rule of law cannot exist without a judiciary that has been called to administer justice ‘in accordance with the law’ and therefore […] also to develop the law. The legitimacy of the judiciary is therefore of a different nature, but no less than that of the other two powers of the trias politica.’ (S.K. Martens, ‘De grenzen van de rechtsvormende taak van de rechter’, NJB 2000, p. 747-758, i.h.b. p. 751).

In another article I have – with reference to others – added that also from a different perspective the ‘lack’ of democratic legitimacy of the judge must be nuanced, in the sense that such a legitimacy should not only be equated with representative democracy. (R. Ortlep, ‘Optimaliseren rechtseenheid tussen de hoogste bestuursrechters’, in: E.M.H. Hirsch Ballin e.a., Rechtsontwikkeling door de bestuursrechter. VAR-reeks 154, Den Haag: BJu 2015, p. 117-118). By, inter alia, the growing interdependence of the national legal system and the international legal system and the lack of democratic legitimacy of international legislation and decision-making in absolute terms, the task of the judicial law-making has become more autonomous. Also in that sense Martens is right that the claim that the courts are not democratically legitimate is meaningless. Unlike political bodies – read: the legislature and the government – the actions of the (Dutch) judges are not legitimized by the electorate or political responsibility, but the legitimacy of their actions should be found in the grounds of the court’s decisions. That the legislature and the government are subject to increased judicial supervision with such a legitimacy does not seem to me to be something that can be regarded as undesirable.