Independence and autonomy: the parallel worlds of courts and public agencies 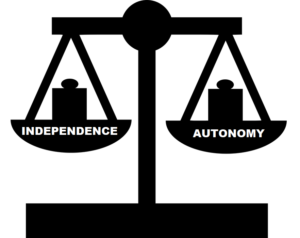 Courts and public agencies are developing in their own way under different pressures, but their paths seem to converge. For the judiciary the key issue is independence; in public agencies it is all about autonomy. These two concepts derive from different perspectives, but are very similar in their consequences for governance. This was one of the conclusions of the workshop on independence in the public sector, which was hosted by the Montaigne Centre and RENFORCE and jointly organised with ACTORE, the Jean Monnet Centre of Excellence of the University of Antwerp on Friday 16 November 2018. Comparing judicial systems with modern agencies, my conclusion is that many judiciaries are governance wise in suspended animation: judicial organisations are generally out-dated, but cannot be changed because of the fear of the other state powers of losing control over the judiciary.

Independence of the judiciary protects foremost the independence of the judge who should be able to impartially adjudicate cases. Public agencies that implement government policies have autonomy from core ministries in the expectation that it improves their efficiency, as they are less distracted by classic bureaucracy and wavering politicians. The position of some agencies is, however, closer to that of the judiciary. For instance, the national central banks in the EU are expected to determine monetary policy independently, and are not allowed to take or ask for instructions from anybody. As Mira Scholten argued at the workshop, independence and accountability are negatively correlated: when greater independence is granted, less options exist for accountability. A national central bank may explain its policies, for instance to Parliament, and be transparent about its activities, but that is it. Whether a majority in Parliament agrees or disagrees with the decisions of the national central bank is materially irrelevant. Politicians relinquish power for the greater good of credible commitment in the presence of ubiquitous temptations and for an effective implementation of public policies. They foresee, like  Ulysses foresaw the sirens, that at some stage it will be tempting to have the central bank print money, instead of sticking to the austerity they have committed themselves to.

A lot of thinking has gone into the requirements for independence of the judiciary and the autonomy of public agencies, including the relationship with accountability. While conceptualisations of the autonomy of government agencies and the independence of the judiciary have developed separately and use different words, the content proves to be very similar. Also, concepts are operationalised and, where possible, measured in much the same way.

Comparison of frameworks for independence and autonomy at organisation level

I referred above to national central banks. These banks form an interesting case, as at the EU level criteria have been developed for their independence that apply to member states that have adopted the Euro or are going to (stage three of EMU). This case is interesting not only because of the European framework but also because these criteria were recently developed. I will go, therefore, into some detail. The ECB monitors whether the countries that still have to adopt the Euro meet the criteria (ECB, Convergence Report May 2018). In this framework functional, institutional, personal and financial independence must be guaranteed. Functional independence means a national central bank has a clear mandate that sets a primary objective in line with the Treaty on the Functioning of the European Union (price stability). Institutional independence is about who controls the decisions. As mentioned above, seeking or taking instructions are not allowed. Also, there should not be any interference with decisions and legal censoring of decisions (except by independent courts).

Personal independence concerns the position of the governors of the bank and other key functionaries. This concerns security of tenure of governors (at least 5 years), which dominates mandatory retirement age, no arbitrary dismissal, and the possibility for dismissed governors to take recourse to CJEU and for other functionaries to the regular courts.  Change of remuneration should only affect future appointments. Finally, other functions leading to conflict of interest are prohibited. Financial independence requires that the bank (materially) determines its own budget for all its tasks. This concerns not only its monetary interventions, but also the budget to maintain the organisation in the way it deems necessary. This area includes, in the terms of Verhoest, management autonomy. The bank should be free to determine the quantity and quality of staff and take all human resource decisions itself. These criteria stipulate a far reaching level of independence. As a result, the scope  for accountability is limited. In its convergence report the ECB argues: “Central bank independence is fully compatible with holding NCBs accountable for their decisions, which is an important aspect of enhancing confidence in their independent status. This entails transparency and dialogue with third parties.” Transparency and dialogue are obviously a ‘soft’ form of accountability.

At the workshop I compared these categorisations of independence/autonomy with those for the judiciary. The European Network of Councils of the Judiciary (ENCJ) has developed an indicator system of independence and accountability, based on international instruments and on the professional insights of the judges who participated in the work. This system distinguishes between the judiciary as a whole and the individual judge. For the judiciary as a whole, categories are the legal basis of independence, organisational independence, financial independence, and management of the court system, with roughly the same meanings as above. Accountability also distinguishes between judiciary and judge. At the level of the judiciary the accountability concepts are similar to those for interventional autonomy of Koen Verhoest. In addition, there is  much attention for the individual judge, as the independence of the judiciary serves the independence of the judge. The ENCJ goes further and in more detail than the aspects of personal independence of the national central banks. It takes tenure for life as a given, and sets criteria with regard to appointment and promotion procedures of judges. Disciplinary measures against judges are treated as a separate area and require strict procedural safeguards. It prohibits judges also to be transferred to other courts without their consent. Given this focus on the individual, internal independence is also an issue. There should be no influence of higher ranking judges on the judgments of lower ranking judges outside appeal, court management should not try to influence the content of judgments and, more controversially, should not influence the timeliness of decisions.

Now that concepts at the organisational level are very similar, one may ask how the independence/autonomy of the judiciary compares with that of agencies? That is difficult to say at this stage. As the demands on the judiciary as separate state power are higher than on agencies, one would expect the judiciary to meet the criteria easily. This is, however, not true. The data of the ENCJ show that structural, managerial, and financial autonomy are in many countries substandard. Organisations often have a hybrid character with ministries actually managing the courts and being responsible for all staff other than judges. Judiciaries determine their budgets nowhere in Europe, and courts are often underfunded. As to structural aspects, in quite some countries the question is not whether the government is involved in the governance of the judiciary, but whether the judges are involved.

It seems to me that judicial organisations are generally out-dated and locked in these structures because of the fear of the other state powers of losing control over the judiciary. From the perspective of effectiveness and efficiency, it would be impossible to govern public agencies such as tax authorities and health and environment inspectorates in this way. The redeeming factor is the dedicated and independent state of mind of many judges, but this is not sufficient to guarantee the functioning of judiciaries at a state-of-the-art level. While criticism on judicial self-governance may sometimes be justified, it is not the way forward to retain the old structures. On the other hand, can agencies learn from the judiciary? This might be the position of the professionals, such as tax inspectors and regulators, within agencies. They often work in strictly hierarchical structures that may undervalue the independence that professionals need to do their work impartially in individual cases. These cases must be handled independently from politicians, parties, and management.