Following the Constitution in Times of Corona: A Path to Redeeming Constitutional Idolatry in The Netherlands? 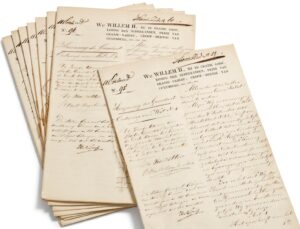 In the domestic scholarly literature, this lack of constitutional worshipping in the Netherlands is usually attributed to the peculiar identity of the Dutch constitution. For one, the Constitution is old and sober. Its first version dates from 1814. While major revisions made in 1848, 1917 and 1983 added reflections of the pertaining Zeitgeist, the document still lacks appealing components, such as a preamble, reference to parliamentary democracy as form of government, the rule of law, or the aims of the Constitution. Along with that, the section on fundamental rights (Chapter 1 of the Constitution) is terribly incomplete. Important rights such as the right to life, the right to a fair trial and the prohibition of torture are missing. Moreover, the rights that are included are archaically formulated and lack practical relevance.

Secondly, the Constitution is rigid. Amendment bills must be approved twice by both Houses of Parliament, with a two-thirds majority required for the second ballot. This is difficult to achieve since the Dutch election system of proportionate representation culminates in many different political parties having a seat in Parliament. This difficulty perhaps makes it unappealing for most parties to invest in attempts to modify the Constitution. The upshot is that the Constitution does not keep pace with societal developments (technological, legal, political), which contributes to its practical irrelevance.

Has Covid-19 changed something in this respect?

Has the Constitution become more valued and perceived as a living document? At first blush, it would seem so.  Once the virus erupted in March, the Constitution draw the attention of the media. Lawyers discovered that the Constitution’s old-fashioned provisions could be used to criticize the anti-corona measures taken by the Government, most notably those involving restrictions on fundamental rights. Recall that such rights can only be limited by Acts of Parliament, thereby guaranteeing the participation of democratically elected representatives. This, however, is not what happened. The Government had to restrict constitutional rights – e.g. the freedom of religion when limiting the number of worshippers or the right to privacy when obliging people to wear facemasks – and wanted to do so on the basis of decentralised emergency regulations (noodverordeningen). These lower regulations can be adopted by the Heads of our Security Regions without any democratic involvement. Legal scholars, lawyers and even the Government’s advisory body, the Dutch Council of State, queried whether these noodverordeningen could lawfully serve as limitations of fundamental rights, as they lack a sufficient basis in an Act of Parliament. The Government acknowledged this, but took almost 6 months before introducing a Bill, and it took Parliament another couple of months to give its consent. Ultimately, the ‘Corona Act’ entered into force only in December 2020. Until then, the Government continued to rely on the noodverordeningen.

It can be argued that this series of events shows the worth of the Constitution in its current form and the strong emphasis it puts on the exercise of legislative powers as per Article 81 of the Constitution. After all, the presence of the Constitution was what led the government to switch from the undemocratic noodverordeningen to more democratic Acts of Parliament to implement measures restricting fundamental rights.

I doubt that this is a correct conclusion. Admittedly, with these Acts democratically elected representatives eventually enacted the corona measures. But at what cost? As the current situation shows, making an Act of Parliament is not easy. Reaching consensus is difficult and takes time. But when the pandemic erupted, the Government needed to act immediately and therefore turned towards other, less democratic but more efficient, measures. These measures, however, had no constitutional basis. The suspension of the Constitution (in whole or in part) is only permitted when a formal State of Emergency is declared, and this is not what happened. It should be emphasized that this unconstitutional state of affairs persisted for almost 9 months. This sends out a concerning message: that in times of crisis, a government can depart from its most fundamental law. This is not what is expected from a democracy under the rule of law.

Modifications to the Constitution are necessary to achieve a larger commitment to the Constitution. Since modification is a difficult and time-consuming process, however, it is also worth having a look at what the Constitution has to offer in its current form. In that respect it is worth examining what would have happened if the Government would have declared – like other EU states – a formal State of Emergency under Article 103 of the Constitution? This would permit the Dutch government to suspend certain constitutional provisions, including those protecting fundamental rights (and its limitation system). I understand that invoking this emergency provision may not be very appealing to a government under pressure, as doing so may cause additional panic for citizens. However, in the present situation it might have been a more appropriate – i.e. constitutional – way to achieve the desired result. Not only is democratic control guaranteed since Parliament has the power to discontinue the State of Emergency, invoking the Constitution’s own emergency clause would also show citizens that the Constitution would still function as ultimate guideline for the Government when a crisis arrives. This could even have contributed to the boosting of trust in the Dutch Constitution because people see its instruments provide effective ways to fight the pandemic. As, unfortunately, this is not what happened, Covid-19 can be regarded as a missed opportunity to tackle the unfamiliarity with and the neglect of the Constitution in Dutch society.

Editors’ Note: This text is cross-posted from the IACL-IADC blog. It was first published on 19 Januari 2021, and is available here.