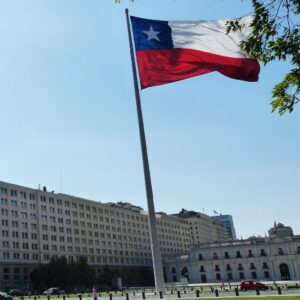 On 25 October 2020, Chile made a crucial step towards the introduction of a new, democratically elaborated Constitution which, if all goes well, will replace the 40 year old charter that General Pinochet’s authoritarian regime imposed on the country. On that day in October, almost 80 per cent of the voters approved in a referendum the proposition of establishing a new Constitution. In this blog, I analyse the origins and main features of a long overdue constituent process that is expected to provide Chile with a democratically-enacted fundamental charter, which, furthermore, does not prevent the country from introducing progressive legislation without the fear of having it declared unconstitutional.

The Illegitimacy (and Neoliberal bias) of the 1980 Constitution.

Chile is considered to be one of Latin America’s most stable and economically successful countries, with a relatively orderly transition from dictatorship to democracy that brought about an economic boom and a significant reduction of the poverty rate (from 43%, in 1990, to around 10%, in 2018). Despite this, last year Chile experienced the most massive –and violent— demonstrations in a generation. With an intensity resembling that of the riots that erupted in Europe and the United States in 1968, millions of Chileans took to the streets to protest an economic model which, for all its success in bringing about economic growth and poverty reduction, was unable to significantly reduce the high degree of inequality in the country. The riots and demonstrations were originally triggered by a small increase in the cost of the tickets of Santiago’s subway system but, a few days later, the demands of those protesting shifted toward key aspects of the country’s neoliberal model (such as an individualistic pension system, and an economically-segregated healthcare structure). Eventually, those demands were accompanied by a call for the enactment of a new Constitution. The reason behind this turn towards fundamental law was that the 1980 charter constitutionalised many elements of the economic model imposed by the military regime. This, in turn, led to a constant clash between progressive governments and Chile’s Constitutional Court, which became the main instrument of the conservative parties against legislation aimed at introducing social justice. Indeed, that Court declared unconstitutional a number of progressive initiatives, including bills aiming at strengthening labor unions and protecting consumers against corporate abuse.

The notion that the 1980 Constitution –and the Constitutional Court it introduced— should serve as a shield against the dismantling of the neoliberal economic model in democratic times was part of a carefully designed scheme. As Pinochet’s main legal adviser, Jaime Guzmán, recognized in a piece published shortly before the imposition of the 1980 Constitution, that the point of the latter was: “to constrain our adversaries (…) to follow an action not so different from the one that oneself would yearn for, because -if you excuse the metaphor – the range of alternatives that the Constitution imposes is small enough to make the opposite extremely difficult”. It is hard to find a more candid acknowledgement of the main goal of the constitution imposed by Chile’s dictatorship. Thus, instead of representing a relatively neutral framework for democratic politics to unfold, the very purpose of the 1980 Constitution was to serve as a containment dam, in case the adversaries of the military regime eventually came to power.

The way in which the authoritarian constitutional order sought to fulfill the objective stated above was through the inclusion in the 1980 charter of a series of clauses constitutionalising key aspects of the neoliberal model. Examples of the length the 1980 Constitution went to in order to ‘freeze’ elements of the economic system left in place by the military regime are Article 19, Nº 18 (which constitutionalises the private provision of social security), and Article 19, Nº 9 (which does the same in the domain of health care).

In addition to the rules of the fundamental charter that constitutionalise parts of the neoliberal model, Chile’s Constitutional Court has played a critical role in protecting the latter by declaring the of unconstitutionality of a large number of progressive bills approved by the Congress. This jurisprudence led some authors to refer to this Court as an un-elected “third legislative chamber”. An example of this conservative jurisprudence is Decision Nº 4,317 which declared unconstitutional a provision of a bill approved in 2018, which sought to prohibit the controllers of private universities from pursuing profit-making purposes.

Reaching an Agreement to get a New Constitution

In the weeks following the social outbreak of October 2019, the Chilean Government agonised over how to deal with the unprecedented massive demonstrations, eventually concluding that continuing to support the authoritarian constitution was no longer tenable. This gave way to a rapid succession of events, which culminated in negotiations in which a wide range of political parties agreed to move towards a new Constitution. The agreement materialised in a constitutional reform (in December 2019) that inaugurated a constituent process whose initial milestone was the 25 October 2020 referendum. In that referendum the citizens were consulted on whether or not they wanted a new fundamental charter and, also, if they wanted the constitution-making body to be fully elected or made up of a mix of members of the current Congress and representatives especially elected for that purpose. As we anticipated above, the voters opted for a new Constitution by a margin of four to one, as well as for a fully-elected constituent body (by the same margin).

After the “entry referendum” in October 2020, the next step will be the election of the constituent body, to be held on 11 April 2021. The Constitutional Convention, which will have 155 members elected with a proportional representation system, will start its deliberations on May 2021, for up to a year. Once the constituent body ends its work, there will be an “exit referendum”, in which Chilean citizens will be again summoned to approve the new charter elaborated by their representatives. If the new Constitution is approved, the current one from 1980 will cease to exist.

Chile’s constituent process has a number of features that are worth mentioning. In consonance with the terms of the political agreement between the present Government coalition and the bulk of the opposition parties, the elaboration of the new charter will require that each of its clauses be adopted by 2/3 of the constituent body. However, if no agreement is reached on a specific matter, the 1980 Constitution will not rule by default. Furthermore, the new text will have to respect International Law (most prominently, the rather large number of human rights treaties and conventions that the country has ratified), as well as the traditional democratic and republican nature of the Chilean state.

Finally, it is worth stressing that the rules governing the constituent process state that the body in charge of elaborating the new Constitution will not be able to interfere with the existing powers, limiting itself to the sole task of debating and agreeing on a new fundamental charter. Furthermore, if a quarter of its members consider that the majority is violating the rules governing the process, they can ask the Supreme Court to resolve that controversy. Another crucial feature of Chile’s constituent process is the fact that, for the first time in the history of constitution-making, the body in charge with the task of elaborating the new charter will be elected with a gender-parity rule, that –it is expected— will ensure that it really takes into account the perspectives of women. Finally, the rules of the process state that the constituent body will have reserved seats for representatives of Chile’s indigenous peoples – an extraordinary feat for a country that has not recognized them in the Constitution.

As it can be appreciated, this is a highly regulated process, but it is also one that aims to be inclusive, fair, and transparent. From a comparative constitutional law perspective, it resembles more the South African constitution-making process of 1993-1996, than the ‘Bolivarian’ ones that took place over the last two decades in Latin America (Venezuela, 1999; Ecuador, 2008; and Bolivia, 2009).

The start of a constitution-making process in Chile represents a truly historic opportunity to have the first democratically-enacted fundamental charter of this country, as well as one elaborated by a body with gender parity and reserved seats for the country’s indigenous peoples. Furthermore, if successful, it will mark the end of General Pinochet’s grasp over Chilean politics and society, which imposed a Constitution aimed at protecting the main tenets of a neoliberal model. While generating economic growth and poverty reduction, the 1980 Constitution has perpetuated an economically-segregated society, and a developmental model characterised by an extractivism that it is utterly indifferent towards environmental considerations. Finally, it marks a highly constructive way to address a social upheaval that was simmering in decades of economic inequality. The challenges ahead are many, but the potential of this process of social and political dialogue, immense.