An Ethics of Just Judgment for Transnational Challenges 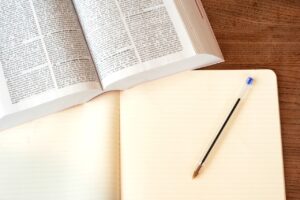 You are sitting at your desk – as an academic, lawyer, policy maker or judge. You are pondering a legal issue and need to figure out what the law on this matter means for the question at hand. It can be as simple as having to decide whether a tricycle falls under the local prohibition of vehicles in the park or as complex as a constitutional challenge to an intricate, transnational economic rescue plan. How should you decide how to interpret the applicable law? This contribution argues that a postmodern ethics of just judgment points the way forward. Such a mode of just judgment calls on our interpreter to constantly interrogate the boundaries of the law and to make decisions that preserve space for future renegotiations of those boundaries.

Dworkin’s theory of interpretation is vulnerable to critique alleging that there simply is not one justification or point to a given textual tradition. Jacques Derrida, like many postmodern thinkers, took issue with the idea that there is one coherent theme or meaning of a text or practice. According to Derrida, ‘meaning’ is inherently diffuse, contested and non-coherent. Instead of a singular justification of law, there are multiple, instable and competing justifications that simultaneously exist in any order of meaning. Whereas Dworkin to some extent acknowledges that coherence in law and political morality is a fiction yet instructs decision-makers to ignore this fiction, Derrida instructs our interpreter to acknowledge and take account of this fiction. Indeed, Derrida emphasizes that any perceived consensus on the meaning of a text or practice is the result of an exclusion of other meanings, an exclusion that lacks any foundational legitimacy.

Derrida’s critique is particularly suited to the transnational legal problems that face us today. Transnational phenomena such as climate change, migration, regulation of technology, and transborder economic interactions are characterized by (1) cross-border externalities; (2) the uncertain, complex and/or interconnected nature of transnational phenomena; and (3) multiple applicable normative orders (legal, moral, political and economic). In such a context, uncertainties about interpretation and legal meaning will inevitably arise. Uncertainties that, as we will see, are best dealt with by a postmodern ethics of just judgment.

As an example, let us consider the interpretive challenges posed by the global climate emergency. It exhibits the three characteristics of transnational phenomena noted above. First, environmental measures taken within the territorial boundary of one state affect many others. One state’s emissions, or lack thereof, affect the impact climate change will have on people and property around the world. More fundamentally, these effects not only transgress state boundaries, but also the boundaries of generations. In sum, actions taken today in one state affect many others transnationally and trans-generationally. Second, we may assume that these transboundary effects will be strong and complex, but at the same time, it is uncertain exactly how action in one part of the system will affect the system as a whole. Third, law is not the only provider of normative, regulatory norms: science, economics, morality and politics are all implicated in the problem of and response to climate change and provide different normative frameworks. Moreover, even within one of these normative orders (take law), different regimes compete for precedence (human rights law, tort law, administrative law, property law, etc.).

In a transnational context, Dworkin’s ‘fit’ and ‘justification’ become difficult. The multiplicity of overlapping (legal) orders makes finding an interpretation with good ‘fit’ challenging. Even when our interpreter limits herself to her own domestic legal system, she is faced with the interactions between different domestic legal fields, as well as the interaction between those fields and the domestic implementation of international law. This increases the likelihood our interpreter will find herself confronted with multiple options for a fitting interpretation.

The problems intensify when we turn to Dworkin’s criterion of ‘justification’. Even if we accept that a coherent ‘point’ to law is a fiction that is necessary for interpretation to take place, it is not clear how we can legitimately choose one possible normative justification for law over others. One potentially-promising candidate for legitimacy is that the fictitious point we use in legal interpretation must be one that a particular political community has democratically chosen. In this case, we could say that while a transcendent, universal point to the law is merely fiction, it is a legitimate fictional point, so long as a people have democratically chosen that fictional point.

However, this idea of legitimacy becomes problematic in a transnational context. According to the all-affected principle in democratic theory, a democratically legitimate decision is one in which all those affected by the decision were able to participate. Because transnational phenomena have such profound cross-border effects, this would mean that democratic legitimacy requires participation by all those people across multiple jurisdictions who are affected by the problem. Thus, a political morality found within one particular national context does not have the obvious democratic legitimacy for transnational issues that we might intuit it has for national issues.

Is the solution to this problem a higher-quality transnational democracy? Only partly. While devising modes of transnational democracy is important, this cannot solve the internal contradiction at the heart of democracy that is uncovered by transnational phenomena. Let me explain: Each moment of decision requires boundaries between those allowed to participate in decision-making and those not. In order for a decision to be democratic, the boundaries of decision-making must have been set democratically. However, the instituting moment of a political community lacks such democratic legitimacy for the very reason that it was not preceded by a democratic decision on who to include and who to exclude in the political community. Democratic decisions are always haunted by a partial lack of democratic legitimacy, something even a transnational democracy would be faced with.

In the midst of this democratic contradiction, we return to the question: how is our interpreter to justly decide on legal meaning? Derrida instructs us to face contradictions and instability of meaning head on. Our interpreter must first acknowledge the lack of final legitimacy for her decision. She must recognize that no matter how well-considered her decision is, it always risks injustice. Once she has acknowledged this, she can strive to take responsibility for it by holding this risk ever-present in mind, as part of a constant self-questioning.

The stage is set for developing ethical practices of decision-making that facilitate this type of interpretation. Together with Prof. Elaine Mak and an inter-disciplinary research group, our project Professional Ethical Judgment for Global Challenges will further think through how such ethical practices might look. For now, however, I propose that our interpreter must engage in the following two moves as a modest start:

First, she must maintain a process of decision-making that allows input to the interpretive practice from all those potentially affected by it. This asks our interpreter to be open to those who are currently considered as falling outside the boundaries of the democratic decision-making process. In the case of climate change, this would be those people living outside of the jurisdiction of our decision-maker, who would nevertheless be affected by climate change. It would include future generations and would likely require the interpreter to place particular weight on the interests of those living in situations most vulnerable to the effects of climate change. Second, it requires a commitment to only making decisions that are open to future renegotiation of the boundaries that are inevitably set with this decision. Thus, while today’s decision may for example rule that humans who flee their home because of climate emergency are economic migrants, our decision-maker must avoid framing her decision in terms that would incapacitate those excluded from the legal protection of refugee law from contesting those boundaries in the future.

To be sure, this asks a lot of a decision-maker. In the midst of uncertainty, our interpreter must decide, and must do so in a way that does not deny the lack of final legitimacy but instead takes responsibility for it.

This blog post was based on the following publications: